This blog post and anything that comes after this and is related to this is probably gonna be less like a tutorial and more like an attempt to keep a record of whatever I am doing/did as I have found the steps forgotten pretty much every time I tried repeating them.


Okay,lets get started. I love single board computers. I have various ones(mostly from China). I was formerly working in an R&D company and I was doing basic linux image building using various build systems there. Now,up untill a few days ago,I was quite happy with the build systems available but then I saw a wonderful video on how someone managed to boot linux with busybox in just 1 frigging second! Here is the video,

That got me thinking, hmm ,lets try that! First I will try to create a very basic filesystem and boot and will also enable wifi. Fast booting is for later experiments.
I chose Orange pi Zero as my guinea pig as I am playing with that board now.Its a pretty nice board with an Allwinner H2 quad core processor,512MB RAM and 10/100 ethernet and wifi! It costs about $6.99 in aliexpress(mine was twice as much as I bought it from a local source). 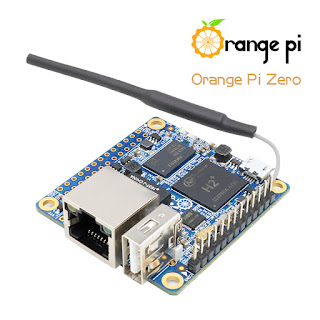 Alright,so the first step was to boot obviously.So,I downloaded the latest u-boot source and tried to build it for orange pi zero(u-boot has defconfig for this board so I didnt have to write my own) and volla! it failed. It was a gcc issue.I am running Ubuntu 16.04 and the default gcc version is 5.4.0(same for the arm-linux-gnueabihf-gcc I used) and u-boot and linux build for Allwinner boards doesnt go well with that.
Then after some other random attempts,I tried another weird idea. I saw this link where they ran OpenWrt on that board using kernel and u-boot from Armbian build system.
https://gist.github.com/praveenbm5/3c81692e6b2b651bb450fb7fc45dff4d

So I thought,lets try it this way first.But, my requirement is a very basic filesystem with thing that I need only.For now, that is just wifi and dropbear with scp support.Now I am using u-boot and kernel from Armbian with all the drivers(I will load whatever I want).

For doing most of the steps,a linux system is needed. You can try linux in VirtualBox or VMWare if you are in Windows. For some of the super annoying problems, even I had to switch to a 32bit ubuntu server VM image as my 64 bit Ubuntu was throwing errors during some builds.
Note: use sudo if you see permission denied.
so here are my steps.
Now remove the SD card and put it in your Orange pi Zero SD slot. Attach a USB-serial to it and fire up your favorite terminal emulator(picocom in my case). Power the Orange pi and you should see something like this.
U-Boot SPL 2017.03-armbian (Mar 16 2017 - 14:23:25)
DRAM: 512 MiB
Trying to boot from MMC1

Right now some errors are there and we will fix them.Right now the boot time is about 9 seconds from boot to console login.
References used: